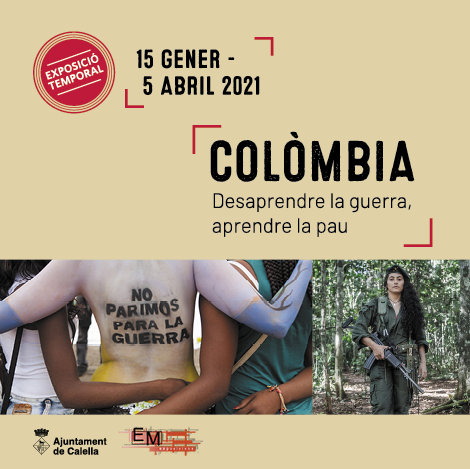 This exhibition takes place in the context of the armed conflict in Colombia and the peace negotiations between the FARC and the Colombian government which led to the end of 52 years of war in November 2016.

The journalist and photographer Javier Sulé, who has spent a lot of time in this country, wishes to show us the difficulties of building peace in a society where the people have had no memory of it.

The exhibition is divided into 6 thematic blocks: the victims; the value of resistance; the end of the FARC; the transition from insurgency to civilian life; the difficult path of peace building; and the dreamed of country.

For so many years Colombia did not know what it was to live in peace. Especially virulent have been the last decades, when clashes between guerrillas, paramilitaries and the army left about 8 million victims under different forms of violence such as forced displacement, murder and massacre, kidnapping, mine mutilation, disappearance or sexual violence. Political and economic interests related to oil, mining and agro-industry also used this war as a way to snatch land from thousands of peasants.