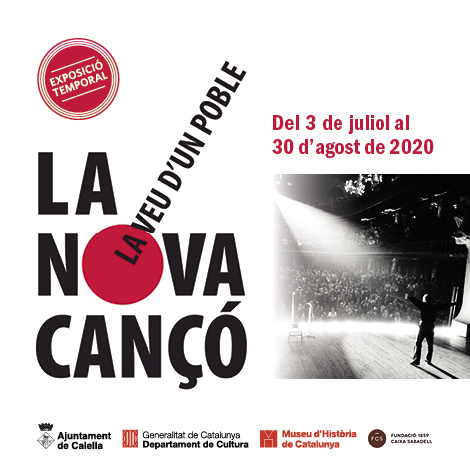 Nova Cançó became, in the 1960s, the voice of the Catalan Countries. While the dictatorship of Francisco Franco subjects the country to severe repression and imposes a harsh persecution of its own language. This artistic movement projects its struggle to the world as an exemplary model of the commitment of the singers of a community to their people to claim their identity.

In Europe and America, Nova Cançó and the Catalan Countries become, at the same time, in cultural and political references in favor of the freedom of individuals and nations. To say it, inspired by the words of a poem by Salvador Espriu popularized by Raimon, the Nova Cançó remains faithful to the service of its people to return the name of each thing, like a rising of light in the darkness.

This exhibition wants to recognize the contribution of all the people thanks to which Nova Canço is, with its heritage, one of the most important symbols of the society and history of the Catalan Countries in this last half century.

For more information you can call 937695102 or send email to: visitmutur@calella.cat