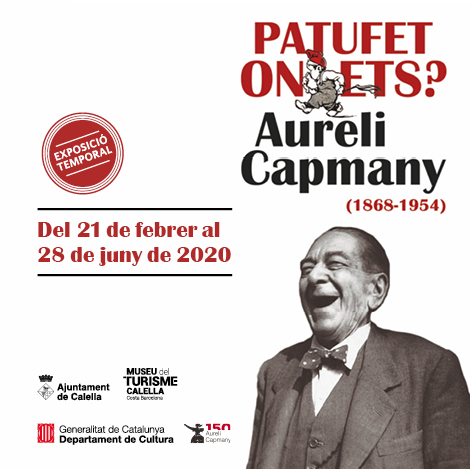 Aureli Capmany Farrés was born in Barcelona on 26 February 1868 in the former Joan de Montjuïc Street in the Born district, the son of a couple newly arrived in the city who ran a basket store and workshop. His father, Pau Capmany, came from Rubí while his mother, Maria Farrés, was from Sant Boi on her father’s side and La Garriga on her mother’s.

Aureli Capmany was a basket maker, a Barcelonian, a musician, actor, singer, teacher and self-taught. A speaker, historian and archivist. A storyteller, narrator, a lover of dance, an enthusiast for the theatre, opera, music and puppets. Self-taught, a learner, cultural activist, founder of associations, member of numerous organisations, a thinker, promoter, creator and manager of cultural projects. Serious and ironic, married, a father and with a single life, a great conversationalist and night owl. Inquisitive, a joker, resourceful, ironic, a reader, a regular at the Liceu, polite, cheerful, independent, tenacious, hardworking, fun, serious and self-sufficient.

After a life crammed with activities, cultural and civic ideas, publications and collaborations with organisations, Aureli Capmany Farrés died in Barcelona on 9 October 1954.

In 1903 the idea of bringing out a magazine for children came up at a meeting of friends at publisher Foment Autonomista Català; the magazine would be called En Patufet. The aim was to entertain while also instructing and educating and providing children with knowledge.