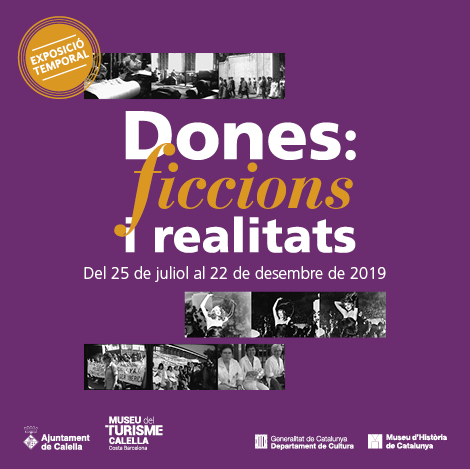 “Women: fictions and realities is an exhibition that sets out to expose a historical
interference which is still present in women’s lives: the conflictive, awkward
and complex relation between the regulatory models of femininity, propagated
by the audiovisual media with mass audiences, and their own realities, constructed
under the pressure of sexism and traditional hetero-patriarchal culture.
That does not mean, however, that they lack authority, nonconformity and
dissent.
Our proposal is an itinerary through some of the landmark moments, from
the post-war to the present day, which most clearly show women’s discontent
with the official narratives, used as propaganda elements to spread a reductionist
model of femininity and thus infringe their freedom.
It is laid out around three stories interwoven along the way: women’s work,
its invisibility and the stereotypes created around their professional activities;
the staging of their social and political participation, their mobilizations
and the emergence of feminism in Catalonia; and, lastly, the audiovisual narratives
related to a deliberate regularization of female models and behaviours
concerning the body, sexuality and love.”